Wheeling and dealing in New Eden can be a huge risk. The game encourages people to be shady in their dealings, and you can't always take someone at their word. Ambiguity is king, it allows us to become whatever we want and shed our real personality, but also unlocks the door for people to roleplay a person with shady morals. You have to watch your back out there. I occasionally do some artwork for ISK, things like logo design, photoshops, or even physical paintings. In real life I work from home as an artist and it is nice to be able to make in game monies that way as well. Dealing with this ambiguity in a business setting can be difficult and I have been burned before. I was recently hired by a corp to redesign their corp logo. It was a big job, and they had an idea of what they wanted that changed a few times during the process, making the job take a few days. At the end I turned over my work, and then a few hours later, my contact dropped corp and became incommunicado. A
1 comment
Read more

Well, it went right for me anyway. I can't say as much for the other guy. The Alliance is spread out right now across two regions. We fight alongside Brave, Tikle, and others for control of Catch against Pandemic Legion, Northern Coalition, and Goons. We are still maintaining Esoteria as our home for ratting, mining, and production. Most groups in Test have home constellations there, and work there to bring the system indexes up and provide tools for the front in the form of ships, modules, fuel, and thousands of other things needed to bring the pain. Being so spread out can be tough on the individual pilot. Keeping a second set of ships at the ready for home defense is expensive and keeping track of which ships to keep where is sometimes confusing. Having a Dread and a Carrier on standby in both arenas requires a particularly baller Pilot. I keep my main in the active warzone, and my main alt in our home system. The alt usually sleeps and that is fine. While she can fly
Post a Comment
Read more

I am an immigrant to fozziesov, having come to live in nullsec after the implementation of the mechanic. I'd like to talk a little bit about what the impression of nullsec is to the non-nullsec dweller as opposed to the reality, and whether the mechanic promotes healthy gameplay. While I know that it's not the path of every pilot in New Eden, the way it seems like the linear flow of the game is as follows. HISEC You are born into Empire space in hisec, a somewhat safe environment. The hisec area offers a taste of the different mechanics of the game, allowing you to learn which ones suit you, and leads you down a path that you will eventually outgrow but with a focus on what you would like to be when you 'grow up'. While I know that many players make hisec their home, it does seem that by limiting the isk and nerfing the progression of the player in many hisec areas that ccp tries to promote a natural progression into the less secure areas of the game. Asi
Post a Comment
Read more

Eve2; Would You Even Want It? 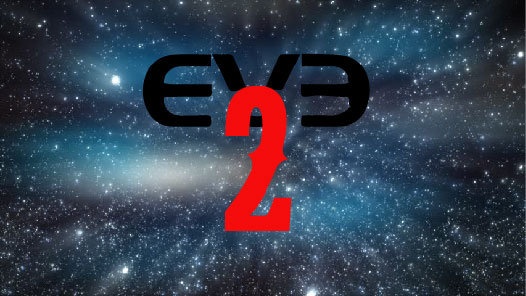 A while ago I wrote in response to the blog banter question concerning the great reset. If CCP's servers were to suddenly reset, and everyone in Eve started anew, would you come back to the game? In what circumstance would that even work? At the time I was of the opinion that this was not something that would ever work, the loss of SP and time would push the majority of the player ecosystem away, what would be left would not be enough to sustain the game. My original post dissolved as so many of my post do, into doom and gloom and what CCP need to do better to even have a game in five years, but this has been something that has been on my mind after a conversation with my good friend Jebi. Patch day has recently come and gone, and this one seemed particularly disheartening to a lot of players, myself included. There are many things to be upset about only a few discussed here. Finally being forced into the 'new and improved' probe scanner and dscan system was parti
3 comments
Read more

Dank Leaks and Let's Get On with the Memes 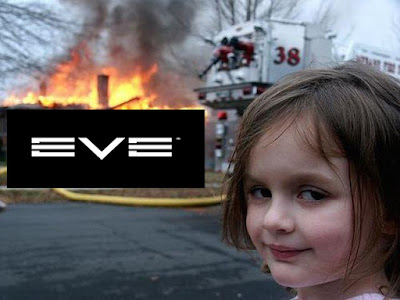 Never get too comfortable in this business. The day before yesterday, as I jumped on the Eve Reddit for the first time, I was greeted with the headline '[Co2 Leak] When you want to leave toxic CO2, but supers are in build....' I cringed, Co2 has really been cascading lately and there are often posts like this. Already I'm worried my day is about to get complicated. As I fear, I end up reading a pastebin where my corp CEO discusses membership with another alliance and trashes Co2 leadership and toxic FC's. He's not really wrong on any account, but what was obviously a feeler conversation is now public knowledge and there are consequences doubtless incoming. At that point, my initial reaction was anger and frustration. I've written before about how I feel when people who choose to take responsibility for the hobby of another person, a hobby that they pay for, it is disrespectful and haughty. Sast is not a small corp, and there are easily hundreds of bi
Post a Comment
Read more 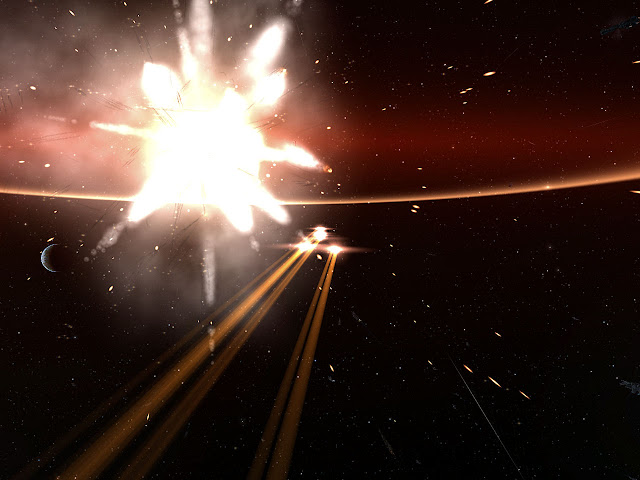 Station spinning, wondering what to do, an issue that's been plaguing me lately. I have been making a fortune in space money over the last month running 10/10's on two chars, but I am getting to the point where I am rich enough to welp ships for years, and I'm not seeing the point of continued grinding in this respect. I'm still living with Co2 in Impass, I have a love-hate relationship with them. I like my corpies, and my good friend Killa from the old times has been out flying with me which I appreciate. It's important not to let old friendships wither. My inbox chimes, a note from the corp head. 'Wings Wanderers has been reset to neutral, feel free to harass them as you see fit.' I am happy to read this. Impass is a remote region, and these folks are close enough to make for actual content. I have to admit, I have been having a hard time figuring out how to pvp in nullsec. I have been spoiled with easy access to quick fights for years, and thi
Post a Comment
Read more

Giant Pain in the Rear or Glorious Space Adventure? Perspective in Eve 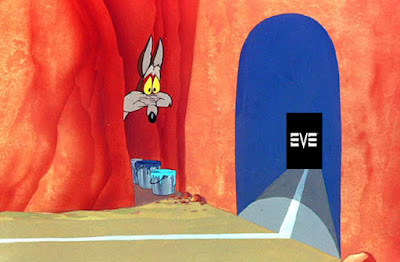 It all started with an overpriced Sisters Core Probe Launcher. I was in 68FT-6, in Impass, sitting in our Keepstar and thinking about going out to Fethybolis to crack some cans in relic sites. I quite enjoy exploration as a pastime, it's how I came up in Eve, and the Sasha loot that spawns in that region often contains intact armor plates, which are quite valuable and worth the time to farm if you like fistfulls of space money. In my opinion in explo, you are focusing on speed in every aspect. You want to find sites quickly, and complete them even quicker. Relic sites are the often the realm of the ganker, and the less time you have to spend there the better. The same is true of having your probes out there on scan, they are a red flag to everyone as to what you are up to. To this end, and since I am playing in null at the moment, I have been fitting exploration interceptors. This is off meta I know, but I have really strong scanning skills and I feel like I get much bett
Post a Comment
Read more
More posts